The door cards on a Mini are made of lovely biodegradable cardboard… sorry, “pressed fibre board”. They hold their shape for about 2 years, or until the first rainstorm, at which point they dissolve. This is clearly unacceptable. PVC to the rescue! Oh and photos. So many photos. 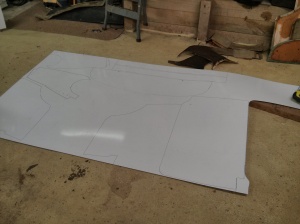 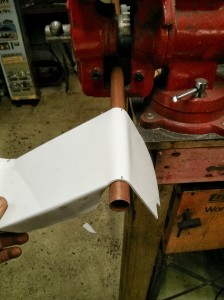 The wiring on a Mini is fairly basic- 2 fuses, no relays, lots of earthing points. Which also makes it fairly insane: Fused and unfused power feeds (unfused power is never a good idea), multiple circuits sharing the same 2 fuses, giant switches to handle the loads (or, conversely, switches which are slighty too small to reliably handle the loads required of them).

We plan to re-engineer the wiring loom to modern standards, with relays doing the switching, a separate fuse for every circuit, and modern bullet connectors (which incorporate newfangled concepts like ‘strain relief’, ‘insulation’, and ‘corrosion resistance’). At the same time, we’re hope to retain the old switches, Lucas colour coding on the wires*, and cable routing- essentially making the wiring loom BMC would have made in 1962 if they’d had modern standards.

This might take a while, but to get started here are some pictures of the old loom: 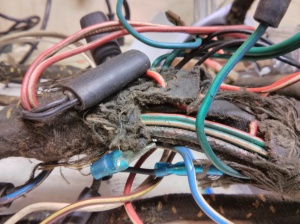 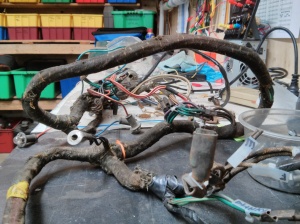 *We might have to be creative with the colour coding. What was the 1963 Lucas colour code for “Seat Heater power feed”?

As usual on an older car the door, boot, and ignition locks all had different keys. Fixing that isn’t a difficult job, especially if you have a few spare tumblers and pins. 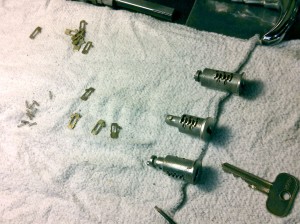 The wiper motor was the charmingly standard DR3A- great for the originality buffs, but unacceptable for actually wiping the windshield, being a single speed non-self-parking unit.

Brand new self-parking 2 speed motors are easy to find, but the mounting is a bit different. Out with the welder… 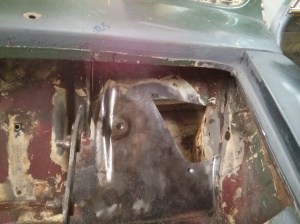 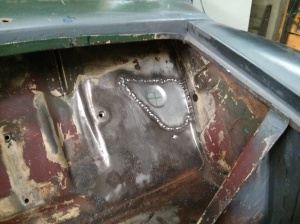 The brake lights on a Mk1 Mini aren’t the brightest things, and being 2 feet off the ground probably doesn’t help. Off the shelf high-mounted brake lights are generally huge and ugly. and we’re going for discreet here…

Half a day in the wrecking yard and we came home with a selection of LED high-mounted brake lights. 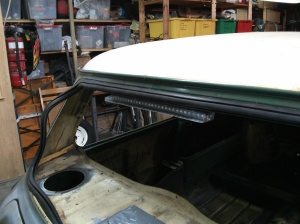 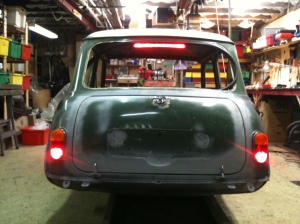 That’ll do the trick.

Stripping the paint and filler off the boot lid reveals a typically horrifying mess. Again, we could just buy a new one, but where’s the fun in that? 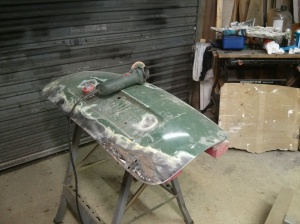 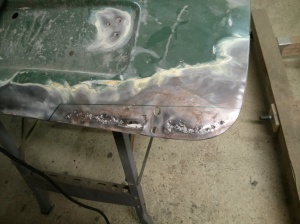 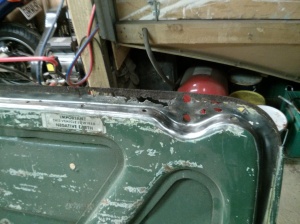 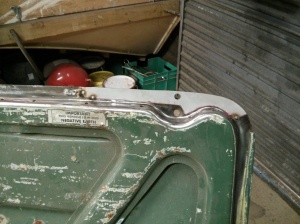 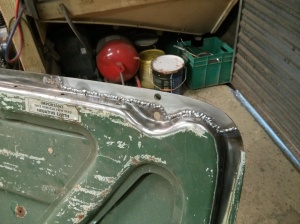 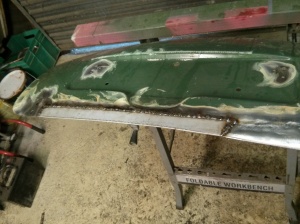 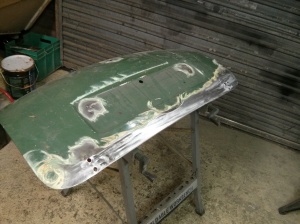 Minis, unsurprisingly, don’t have any illumination in the boot, or any convenient place to install a switch. I think it’s time to correct that dreadful oversight: 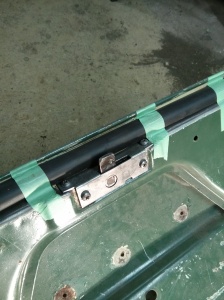 Yes, I’ve hidden a room light switch inside the boot latch mechanism. I may have crossed the line.

Mk1 Minis have the cute indicator stalk with the flashing light at the end. Ours still had the original stalk, but the button on the end had been replaced with a lump of black-painted chewing gum (or something like that).

Now, we *could* buy a new indicator lever…

But where’s the fun in that. Instead, we decided to replace the black plastic tip with something altogether more fabulous. 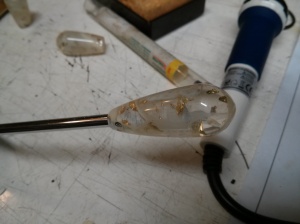 Ebay has a huge variety of acrylic beads intended for jewellery. We bought a few different types (total expense: about $5), but this one is the winner- gold leaf, cream-coloured swirls, but mostly transparent. The transparency is important because, one bright green LED later…